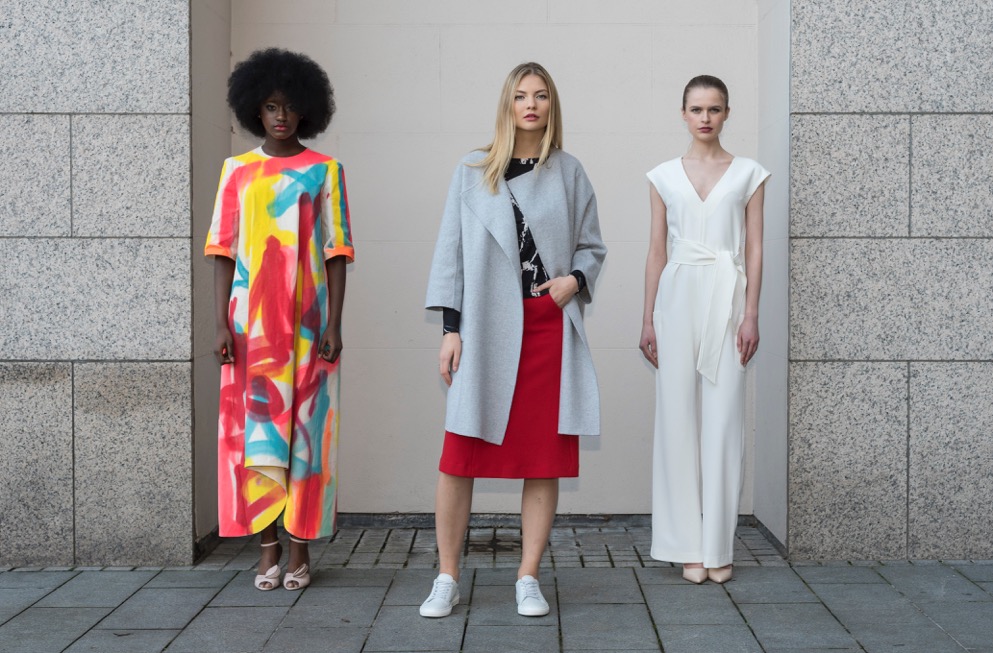 Details were officially announced today at a photo call in The Intercontinental Dublin of the 2016 Irish Fashion Industry Awards  (IFIA), in association with Image Magazine, Lancome Paris and Dunnes Stores. Widely regarded as Ireland’s premier fashion industry event, the Irish Fashion Industry Awards will take place on Friday 4th of March in the Hotel Europe & Resort, Killarney, County Kerry and are the highlight of Kerry Fashion Week (KFW). Deadline for entries is Friday 5th of February.

To enter or nominate, please complete the ONLINE ENTRY FORM

Carolyn commented ‘Dunnes Stores are delighted to sponsor the Irish Fashion Industry Awards and Kerry Fashion Week 2016 and to be the exclusive retail partner. We are thrilled to be associated with such a successful fashion event celebrating the best of Irish fashion and design.’

Dunnes Stores will also showcase their SS 16 Designer Collections at the opening of the Irish Fashion Industry Awards, which will include Carolyn Donnelly The Edit, Paul Costelloe Living Studio, Lennon Courtney and Paul Galvin.

TICKETS ARE NOW ON SALE ON OUR TICKETS PAGE

Image Magazine are once again confirmed as KFW’s official media partner and Lancome Paris are KFW’s official make up and beauty partner. Both of these long term relationships have significantly contributed to the development and reputation of the Irish Fashion Industry Awards and Kerry Fashion Week on a national stage. The organisers wish to thank Melanie Morris, Editor in Chief of Image Publications and Roisin Tierney Crowe, Communications Manager Ireland, L’Oréal Luxe UK & Ireland, for their on-going support.

The press launch was attended by previous KFW Award winners including top Irish womenswear designer Helen Steele; jewellery designer, Chupi Sweetman; emerging womenswear designer, Jill de Burca and milliner Laura Kinsella. It was also announced that Helen Steele, (who has dressed many Irish and international celebrities including most recently Saoirse Ronan) will also showcase her new S/S 16 collection as the guest of honour at the Irish Fashion Industry Awards.

The Irish Fashion Industry Awards at KFW, in association with Image Magazine, Lancome Paris and Dunnes Stores, celebrate and recognise everyone working in the Irish fashion industry from emerging talents to established names. As well as categories for fashion and accessory designers, there are also Awards for those that make it all happen behind the scenes, including make-up artists, fashion stylists, hair stylists, photographers, bloggers, models and retailers. Entry is FREE and there are 16 categories in total. Those wishing to be considered can enter themselves or can nominate someone who deserves to be awarded for their work. For more information and to enter now online visit www.kerryfashionweek.com . Closing date for entries is strictly Friday 5th of February. The overall winners will be announced at the 2016 Irish Fashion Industry Awards, in association with Image Magazine, Lancome Paris and Dunnes Stores, on Friday 4th of March 2016 in the Hotel Europe & Resort, Killarney, County Kerry.

Other events over KFW ‘16 include the annual KFW Boutique & Designer Show in the Pavilion at Ballygarry House Hotel, Tralee, County Kerry on Wednesday 2nd of March and a programme of Industry Workshops.

TICKETS ARE NOW ON SALE ON OUR TICKETS PAGE