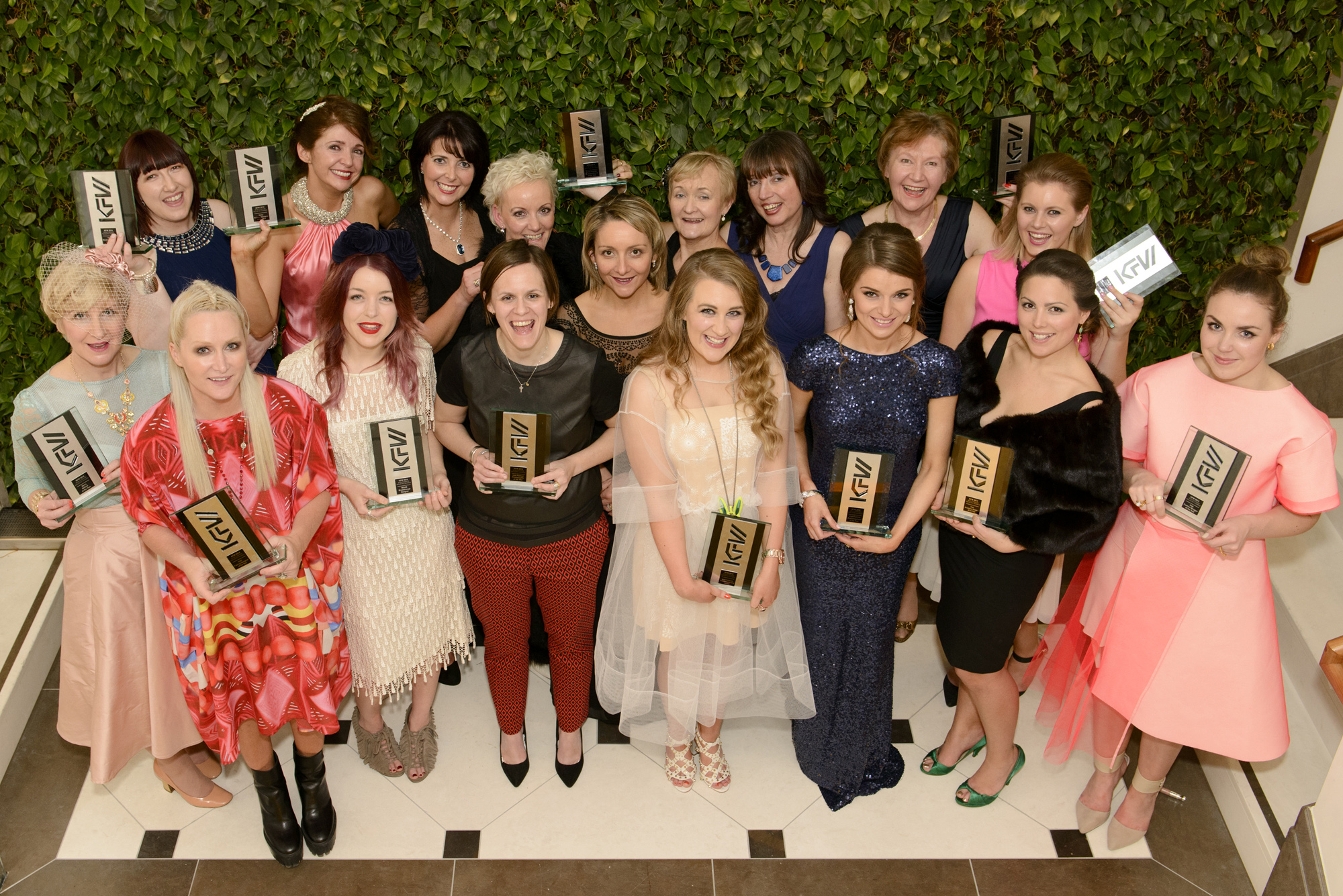 The 6th annual KFW Irish Fashion Industry Awards, in association with Image Magazine, were held in the magnificent setting of the Hotel Europe & Resort, Killarney, County Kerry last night (Saturday 8th of March). Over two hundred guests gathered to celebrate, and recognize, the very best of emerging talents within the Irish Fashion Industry today. There were 14 Award Categories on the evening, spanning all creative disciplines within the industry from fashion and accessory designers to bloggers, stylists, make up artists and photographers. The winner of the KFW Irish Fashion Designer of the Year was womenswear designer and artist Helen Steele; the KFW Breakthrough Designer was milliner Laura Kinsella and the Kerry Fashion Designer of the Year was milliner Carol Kennelly. For more information visit www.kerryfashionweek.com

The following are the KFW Irish Fashion Industry Award winners 2014. Congratulations to all the winners and finalists.

On the night, Doranne Hickey, Killarney, was selected as the Lancome Paris Best Dressed Woman by Helen Parker, MUA, Lancome Paris at CH Tralee. She was presented with a luxury Lancome hamper full of make up and beauty goodies.

The judges for KFW were Melanie Morris, Editor in Chief, Image Publications; Ingrid Hoey, Celebrity Stylist and Lisa Brady, Fashion Correspondent, The Sunday Business Post. All three judges attended on the night and presented the Awards. The KFW Irish Fashion Industry Awards received a huge level of entries this year, and the judges reviewed all entries to produce a short list in early February. All fashion finalist categories showed their new collections as part of the KFW Show in the Malton Hotel, Killarney on Friday night. Other categories were judged based on portfolio submissions and interviews. The judges collectively wish to acknowledge the exceptional standard and professionalism of all the presentations over KFW.

Other highlights over the Awards evening included, the presentation of new collections by the multi-award winning Leatherworker, Accessories Designer and Artist, Una Burke, Artist and Womenswear designer Helen Steele and last year’s winner of the One to Watch, Womenswear Designer Colin Horgan, who is making headlines for his label internationally and opened the main show at the Awards night. There was also a pre awards salon show featuring some previous KFW winners including Karyn Moriarty, Clodagh Irwin Owens, Tina Griffin, Sinead Madden and House of Delphine. The evening also featured a presented by the Fashion Hothouse, showing a series of pieces that illustrate the breadth and depth of the skills their team of pattern drafters, cutters and seamstresses. 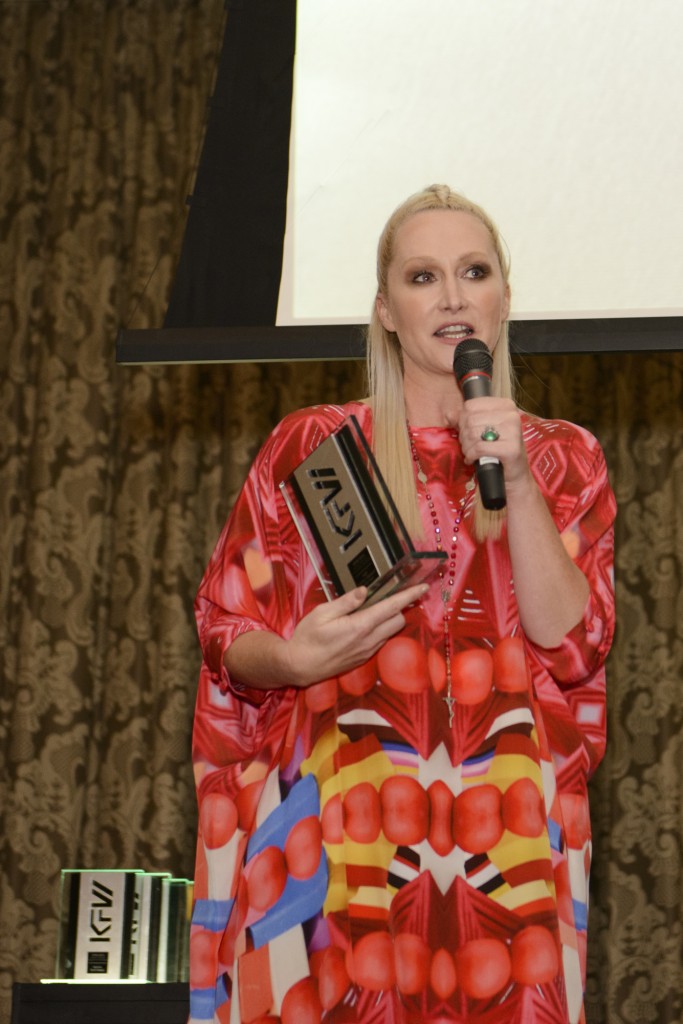 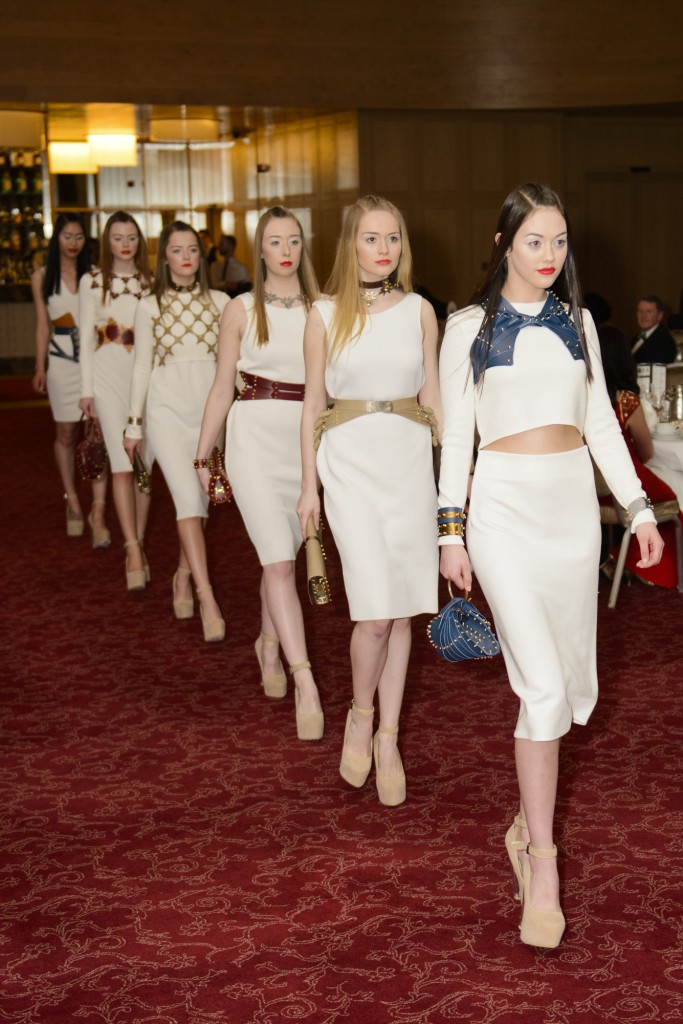 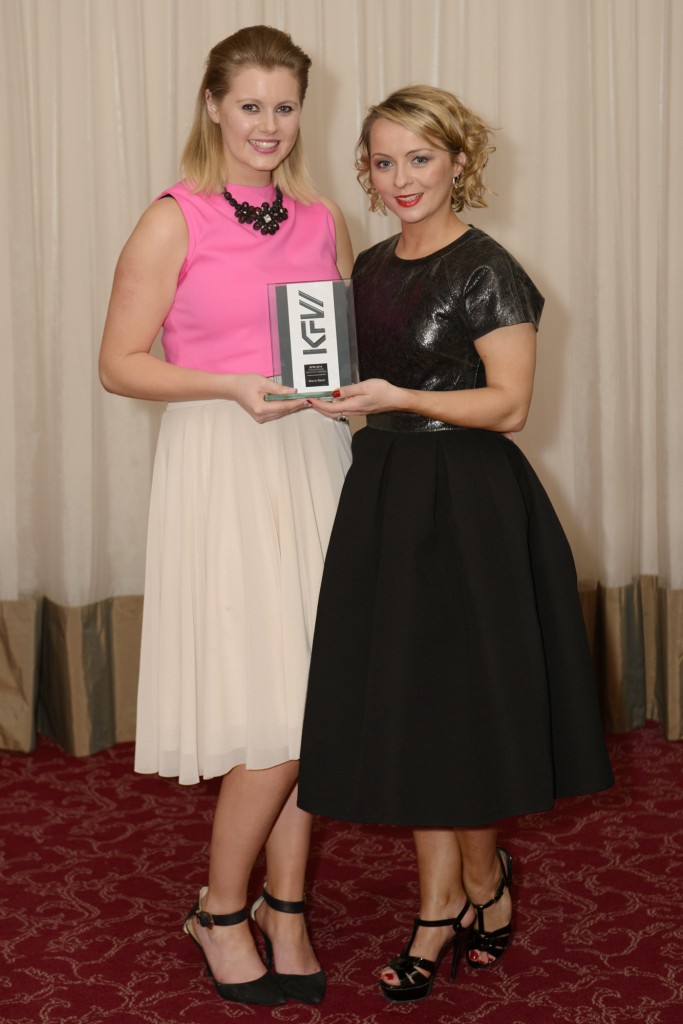 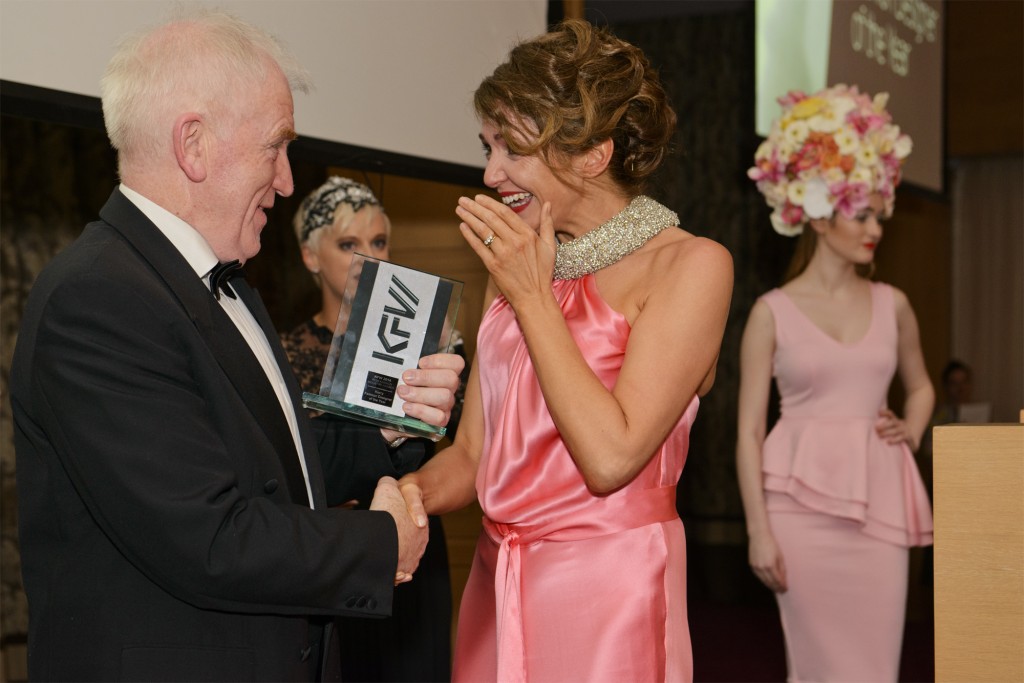 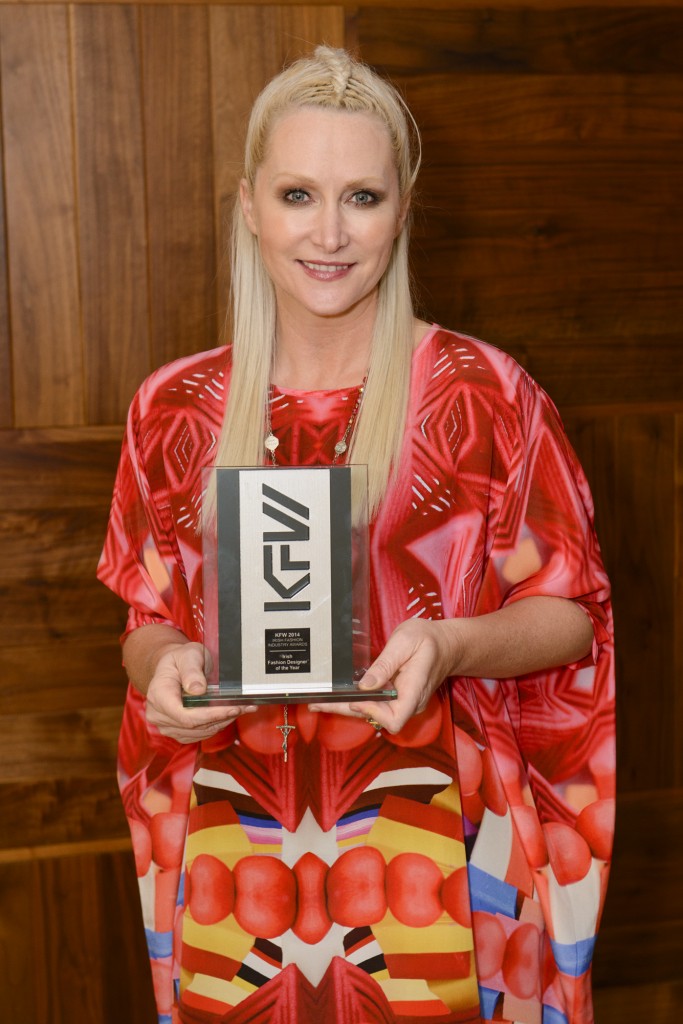 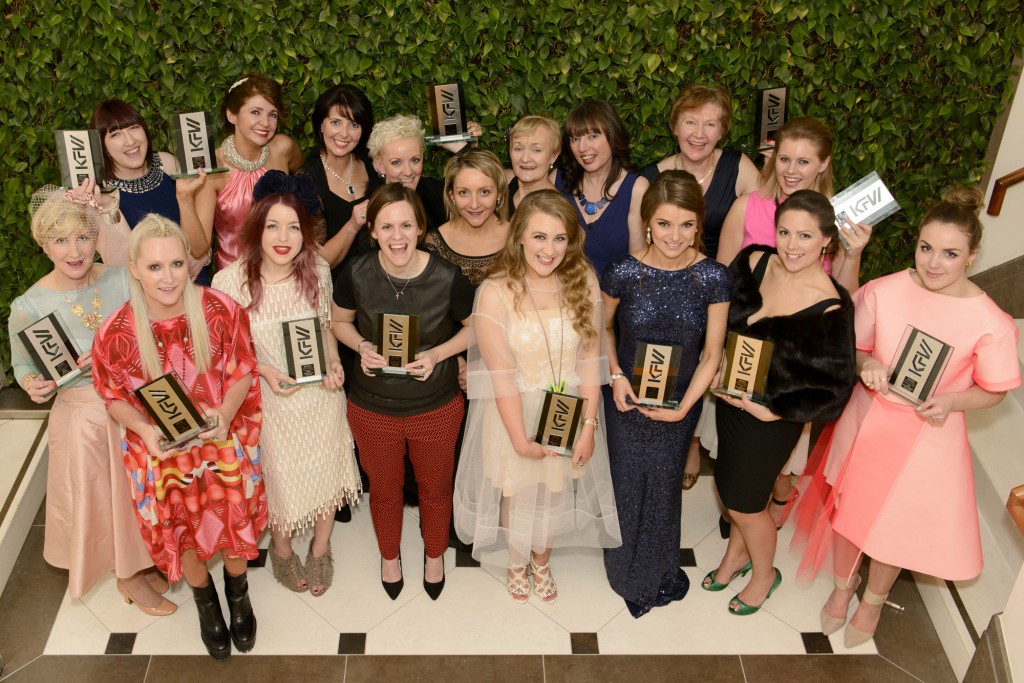 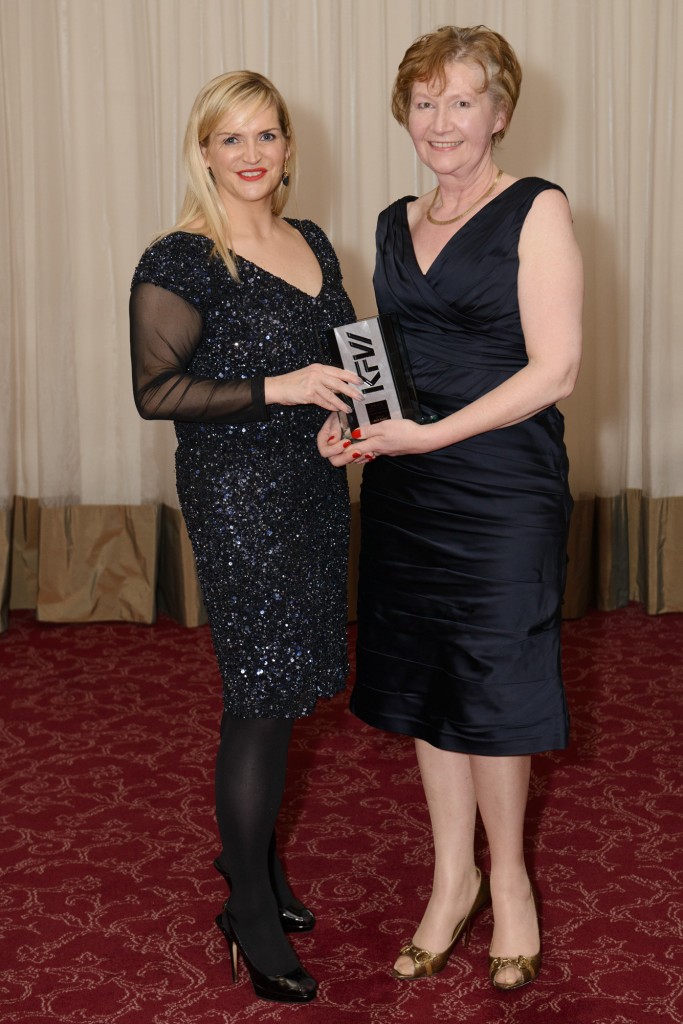 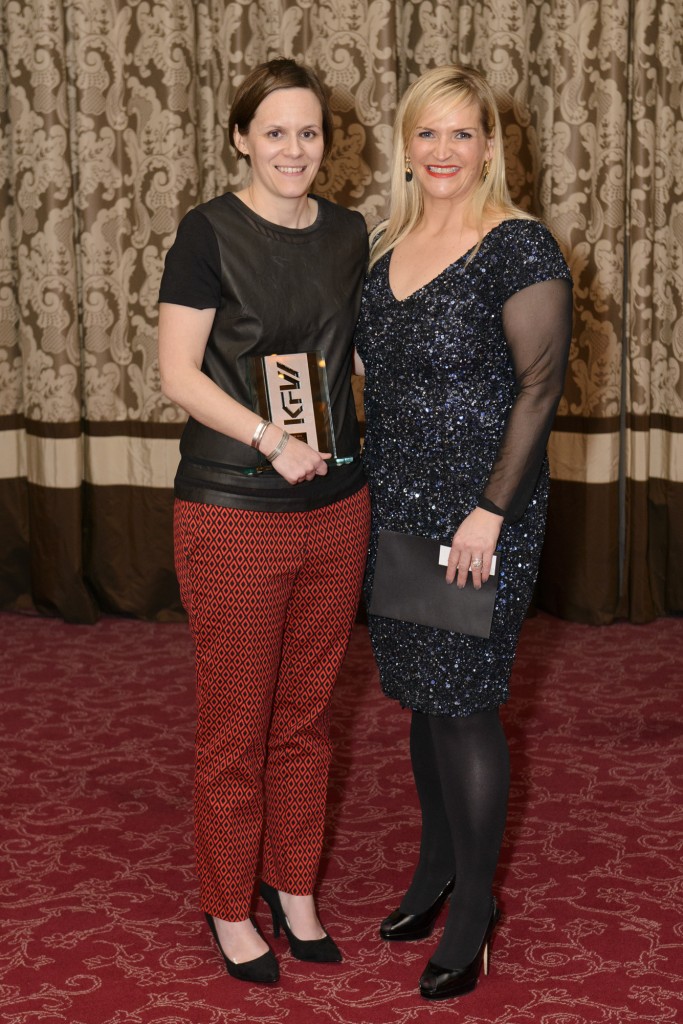 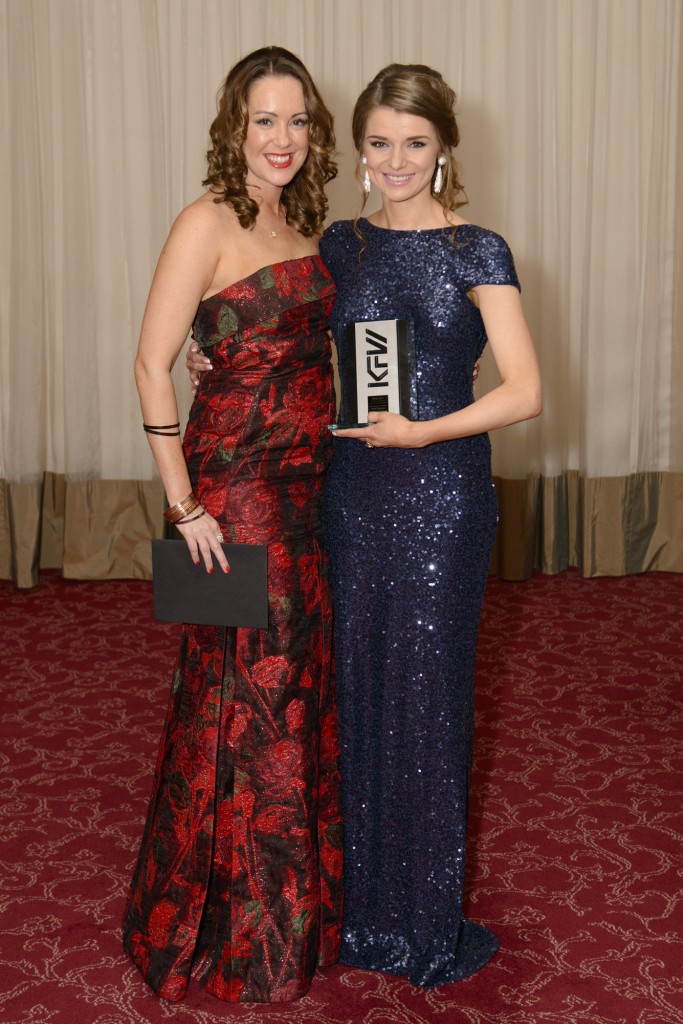 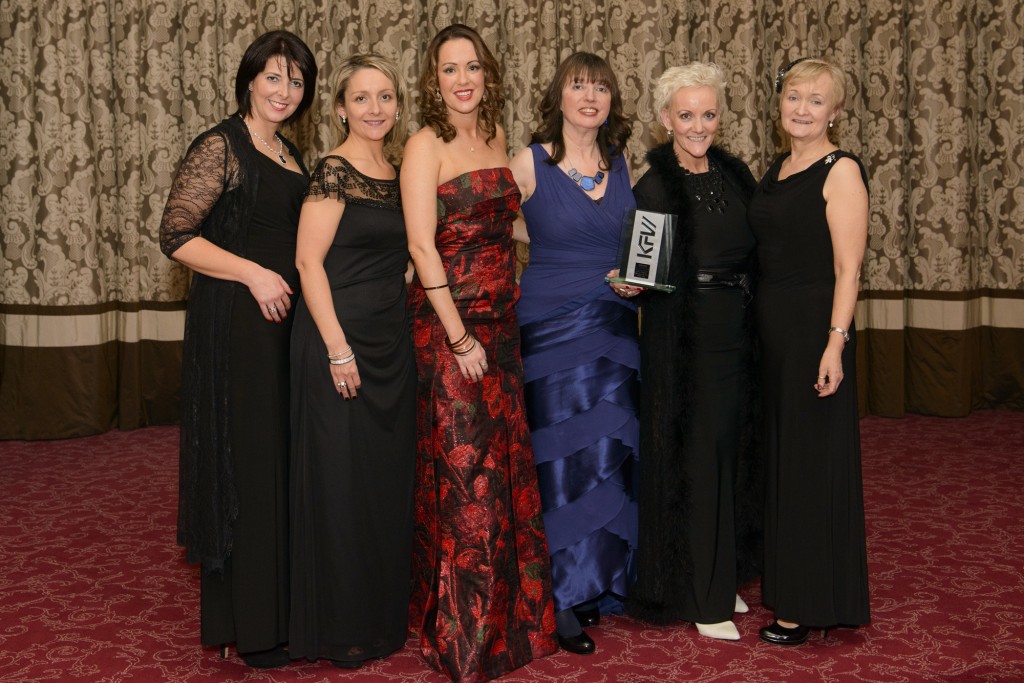 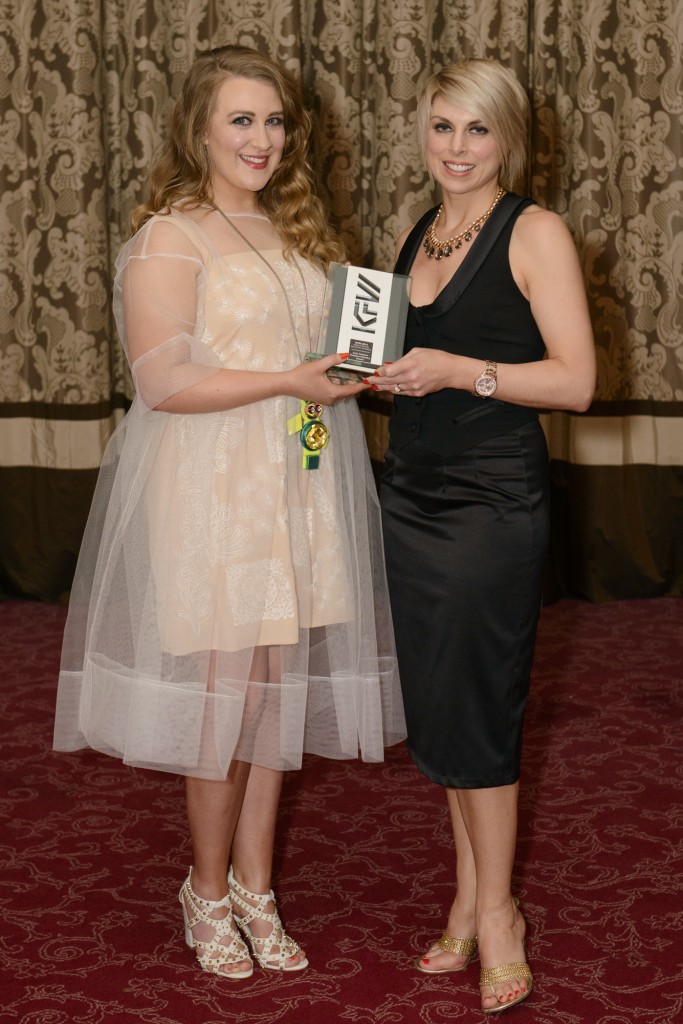 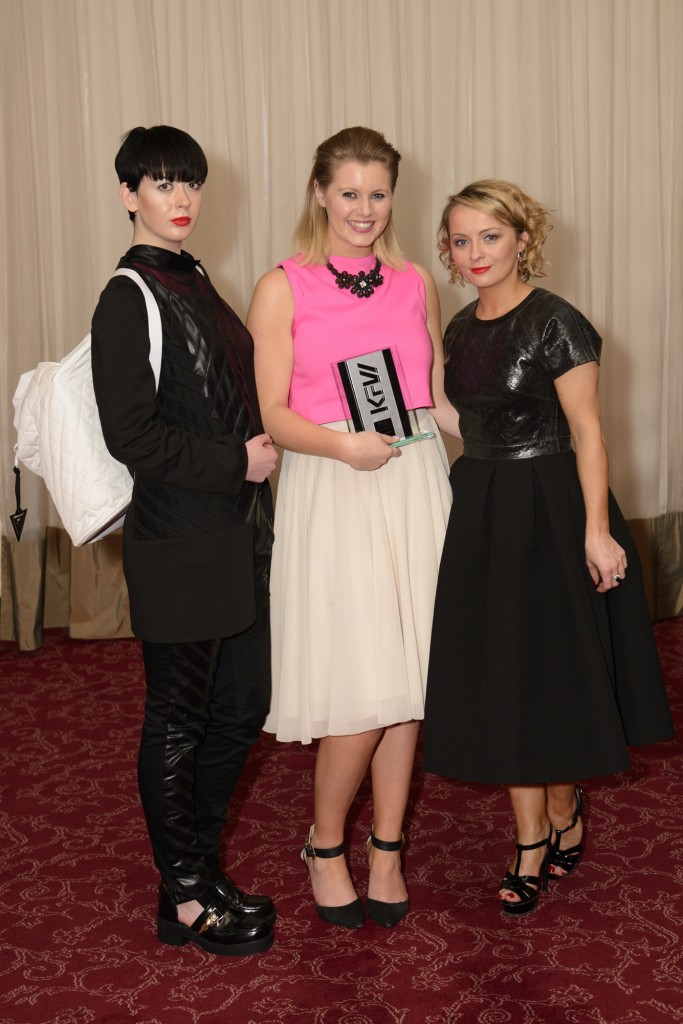 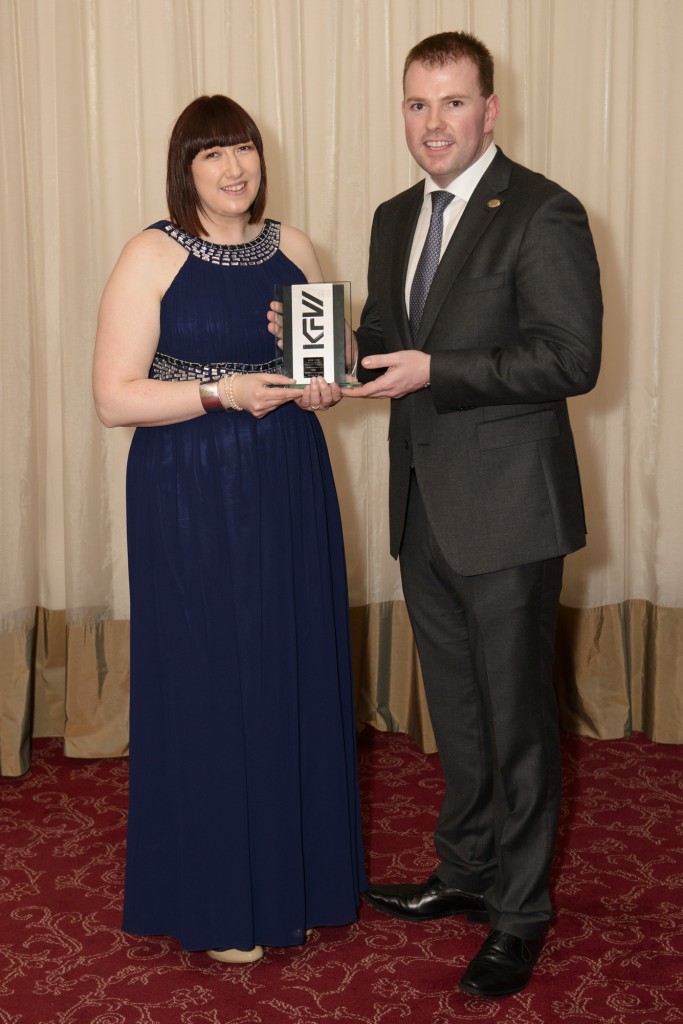 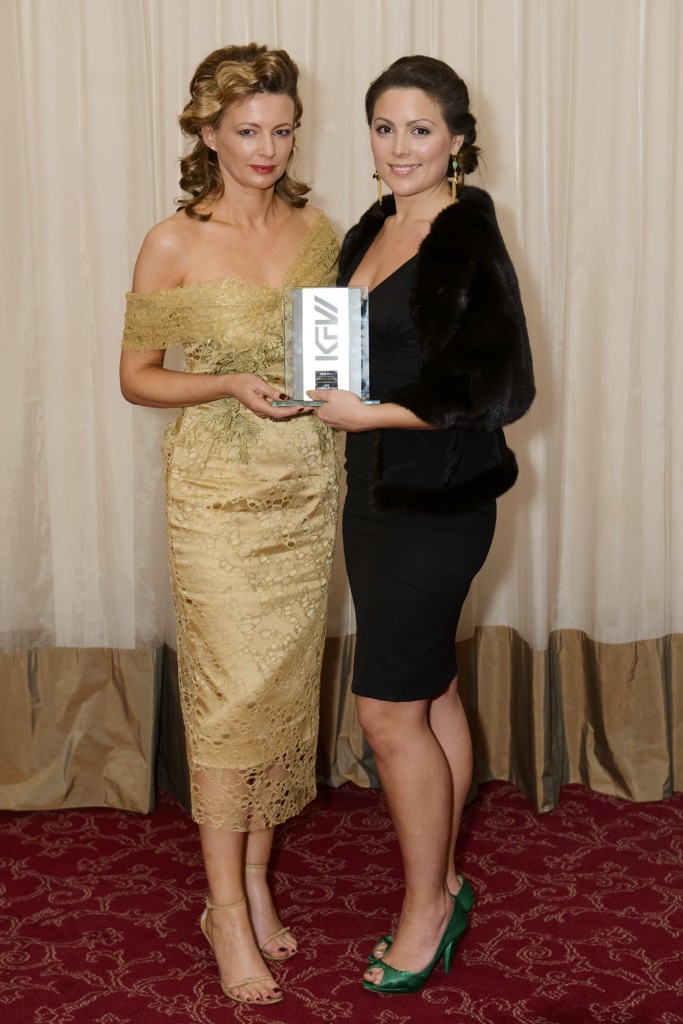 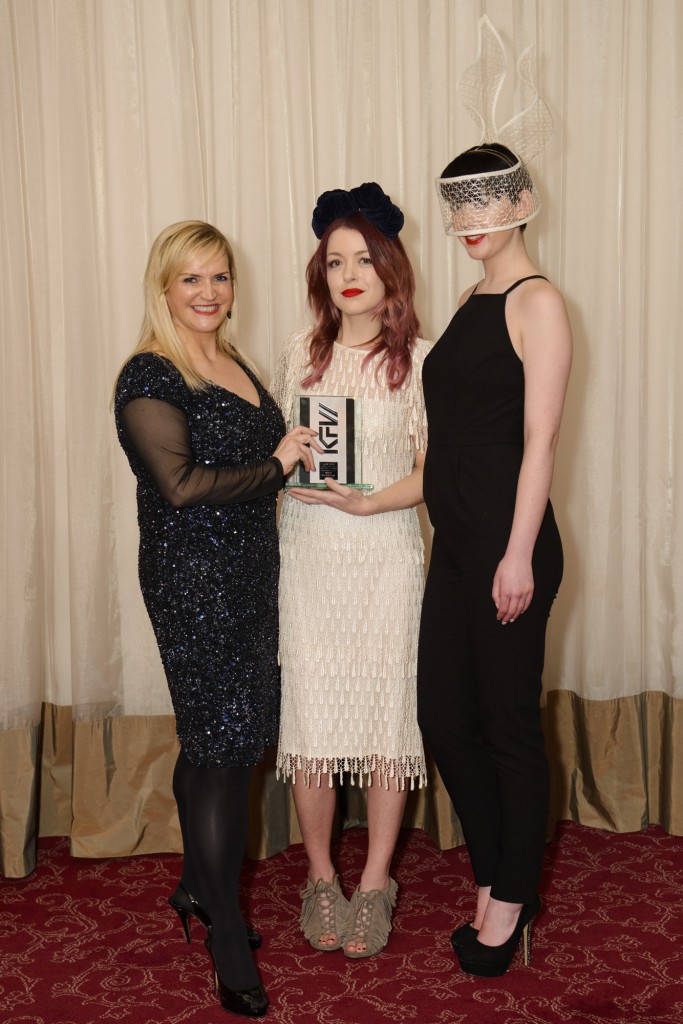 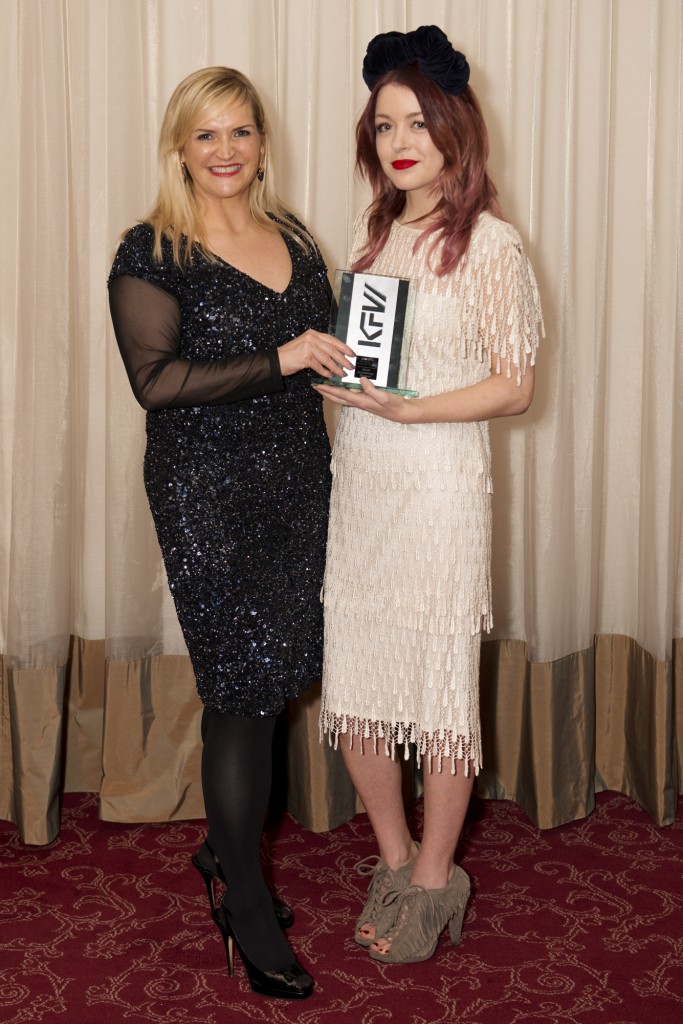 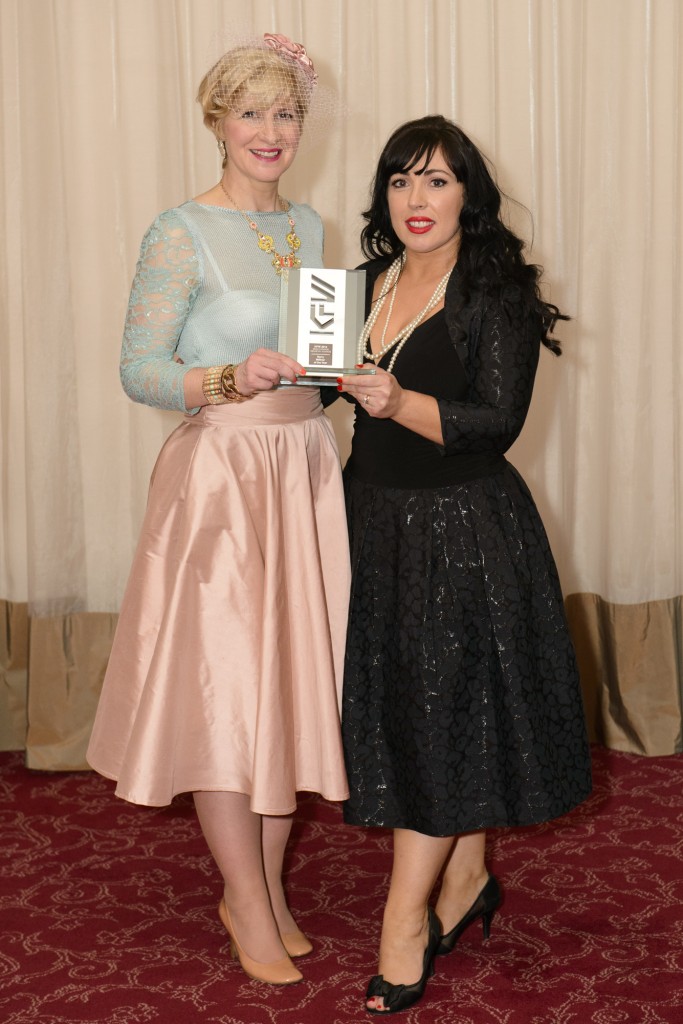 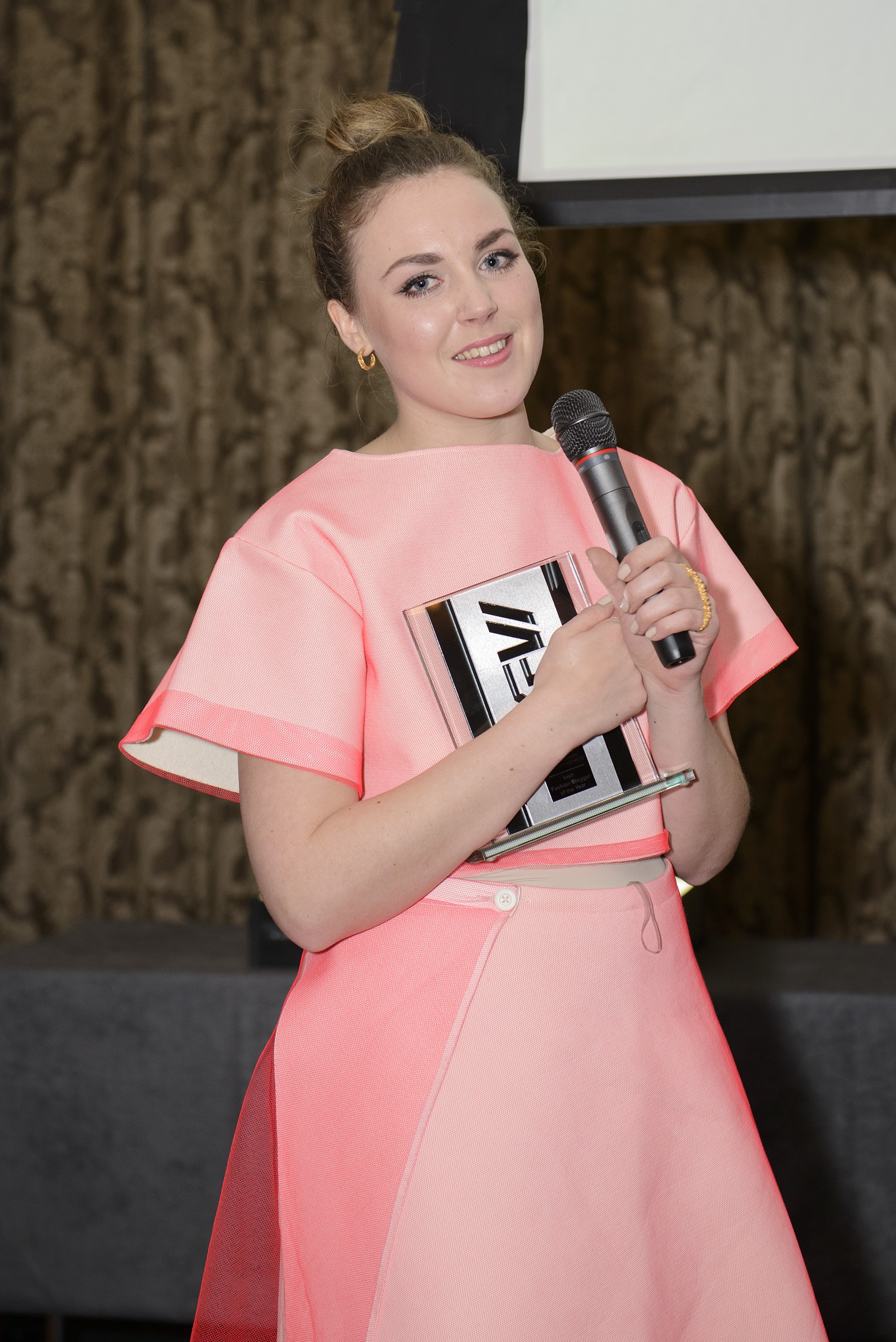