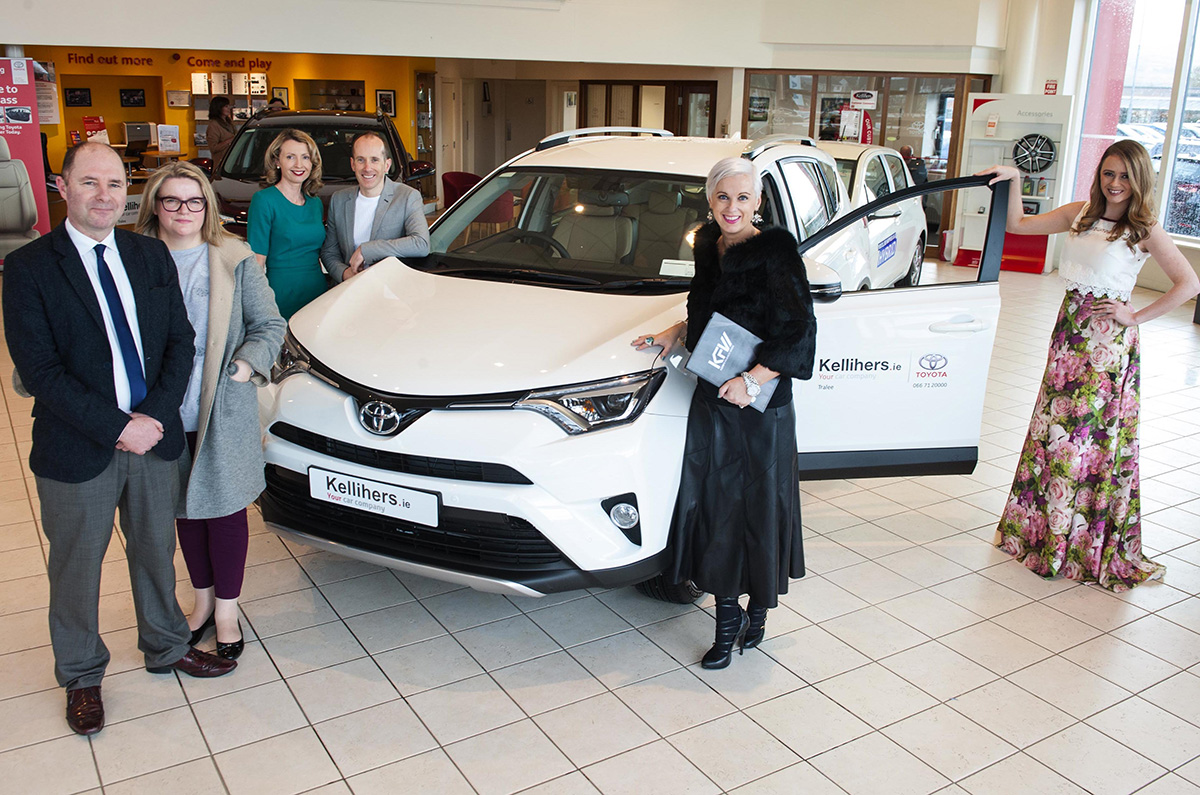 Kellihers Toyota, Tralee, were today officially announced as the official associate sponsor of the Kerry Boutique & Designer show at Kerry Fashion Week which will be held in the Pavilion at Ballygarry House Hotel, Tralee, County Kerry on Wednesday 2nd of March. Featuring new Spring / Summer collections from Kerry’s top boutiques and designers, the evening also features the announcement of the Kellihers Toyota Most Stylish Woman in Kerry 2016; the Lancome Paris Best Dressed Lady and a champagne and canapes reception. Each guest will also receive a complimentary Lancome gift and goody bag. Tickets are priced at €45 and are now available to purchase on the TICKETS PAGE, and from the reception of Ballygarry House & Spa, Tralee, or by calling 353 (0) 66 9765016.

This year, the KFW Kerry Boutique & Designer Show will open with the new collection from multi award winning Bridal Designer, Delphine Grandjouan (House of Delphine), who won the inaugural KFW Kerry Fashion Designer of the Year in 2009. Delphine will exclusively premier in Ireland her new Bridal Collection which was originally previewed at New York Fashion Week. The show finale is last year’s winner of KFW Kerry Fashion Designer of the Year, Catherine Kelly. Other designers featured include Carol Kennelly, Tina Griffin, Aoife Hannon, Clodagh Irwin Owens and Karyn Moriarty. Kerry is known all over Ireland for it’s exceptional boutiques and the KFW Show will exclusively premier new collections from MacBees Killarney, Hannons of Castleisland, Jasmine, IOTA, Annburys, Paco, Divas and Dudes, Friendtex and many more. Kerry Fashion Week’s new Associate Sponsor and exclusive retail partner, Dunnes Stores will also showcase their new Spring 16 collections at the KFW Kerry Boutique and Designer Show at the Ballygarry on March 2nd. There will also be the latest in fashionable menswear from Suits Select and Ryles of Tralee.

Mc’ed by Orlagh Winters, models are all from top Kerry agency, Upfront Model Management and there will be style for ladies and gentlemen of all ages. Make up for the show is by Lancome Paris and hair by the Sean Taaffe Group.

“A stylish change of direction” is how Tim Kelliher, Kelliher’s Toyota, Tralee describes the involvement of Kellihers Toyota as associate sponsor for the next 3 years of the prestigious KFW Kerry Boutique & Designer Fashion Show.

“It comes at an opportune time for Kellihers Toyota as Toyota have ramped up the exposure of their new design language culminating in the launch of the 2016 Toyota RAV4 and Auris with their stunning looks, luxury interiors together with best in class specifications.

Welcoming Kellihers Toyota, Co Producer of KFW, Paul Ruane said “We are thrilled to welcome Kellihers Toyota on board as a partner for this event.  They are a highly established and respected local business and are fully supportive of KFW. We started out 8 years ago promoting and supporting Kerry fashion businesses and designers, and continue to do so, and we are delighted Kelliher’s share our vision for this.  We look forward to building this partnership for many years to come.” 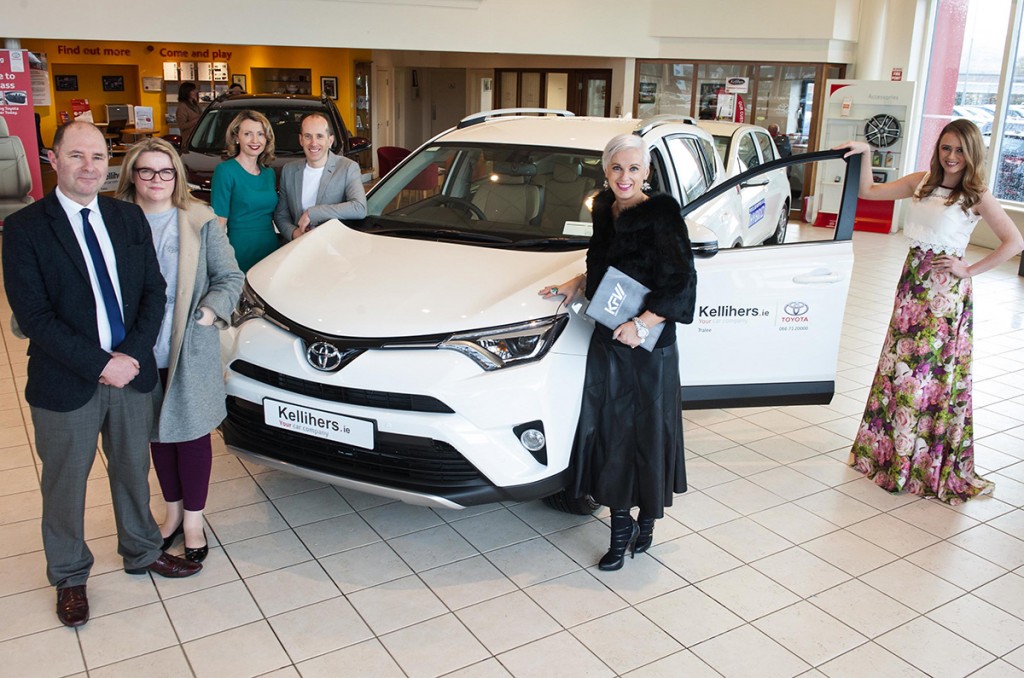 Other events over KFW ‘16 include annual Irish Fashion Industry Awards, in association with Image Magazine, Lancome Paris and Dunnes Stores. Widely regarded as Ireland’s premier fashion industry event, the Irish Fashion Industry Awards will take place on Friday 4th of March in the Hotel Europe & Resort, Killarney, County Kerry. This year, there are two levels of tickets available. The Gold Ticket (€120) for those who wish to attend the Gala Dinner followed by Runway & Awards show – and – the Silver Ticket (€40) for those who wish to only attend the Runway & Awards Show.   Tickets are now available to purchase on the TICKETS PAGE,