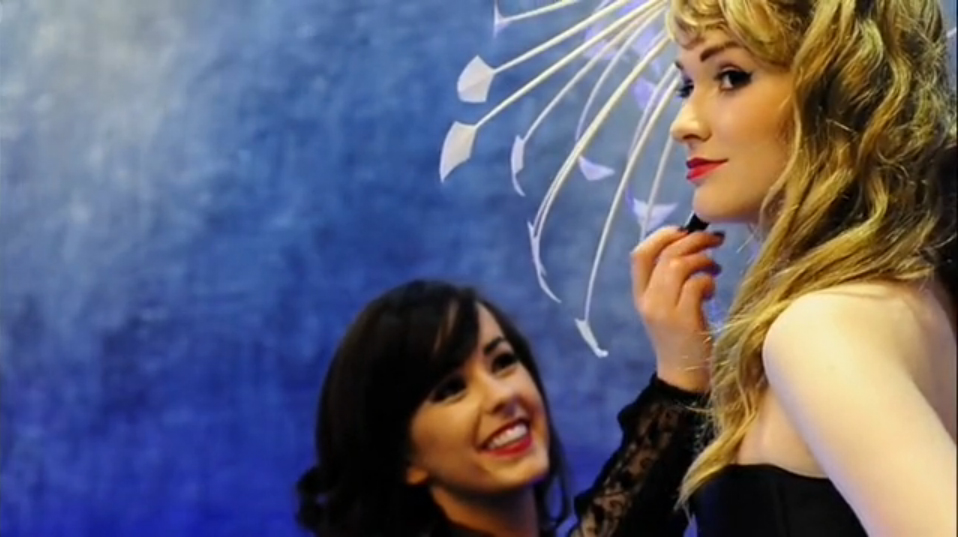 Last Saturday, the KFW team spent many enjoyable hours in the luxurious surroundings of the Spa at the Europe Hotel & Resort in Killarney, shooting images for the branding, marketing and promotion of this year’s event (3rd to 8th of March).

We decided to invite some of our previous KFW award winners since 2008 to give us one of their favourite looks from their new 14 collections. Wow. We were impressed and we know you will be too!

Special thanks to our photographer, Pawel Nowak for this ‘behind the scenes’ video which captures the spectacular location and gorgeous clothes as well as our creative team at work. Thank you also to Niamh O Dwyer, Lancome Paris at CH Tralee, who created the flawless make up looks for the shoot and Katie Fitzgerald from Sean Taaffe Group for the beautiful hair.  Of course, our model – Fiona G – you were magnificent as always.

This behind the scenes video features (in order of appearance) looks from previous KFW Award Winners Carol Kennelly, Sinéad Madden, Fiona Mangan and Sinéad Doyle. We also photographed looks from many other designers during the afternoon.

All will be revealed soon.