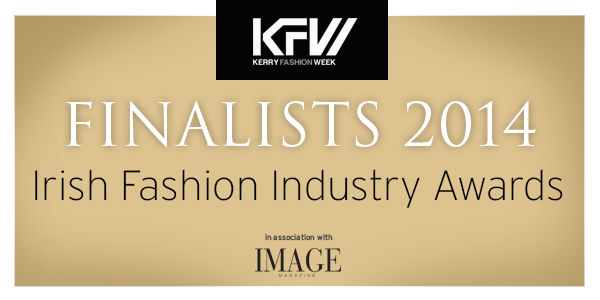 It took the judges many hours of careful deliberation to produce the short list of finalists. This year KFW attracted both the highest number and standard of entries to date. Congratulations to all the finalists and thank you to everyone to entered.

Tickets to all events can be purchased on the Tickets Page >>>

There was an un-precedented level of entries to the KFW Awards this year particularly in the Accessory, One to Watch and Student Categories. Congratulations to all the finalists and thank you to everyone who entered.

KFW One to Watch 2014 sponsored by Lancome Paris

Castleisland: the Fashion Capital of Kerry